The Admin Team write the rules, create the lore, craft the story and run the game. But who are these mysterious humans[citation needed]? Let's get to know each other!

Thank you to the former members of the Admin Team, Lyn, Archer, Natalia, Marnie and Jono, for the huge contributions you've made and the love you've given to Scy'kadia. We wouldn't be here without you. 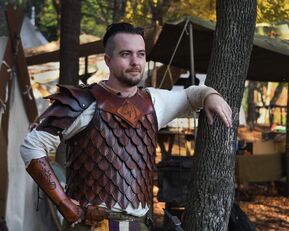 Responsible for our first rule set and early world building, I’ve had the privilege of watching Scy’kadia grow from a dozen people into the community it is now. You’re bound to run into me at some point, whether at new player training or in Tavern Town. My background is an eclectic mix of acting, writing, directing, drama teaching, stage magic, plus a bunch of other creative stuff. Oh, and don’t believe those rumors about me being a dragon... 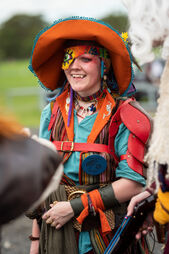 Hi there! I run the ragtag rabble of the Clan, so if you like making mischief and causing chaos, I’m your man! You can find me being a menace over on Discord, blowing things up in character, and talking video games, theatre, and power metal out of character. I’m also a professionally trained makeup artist, so feel free to ask me for tips and advice! 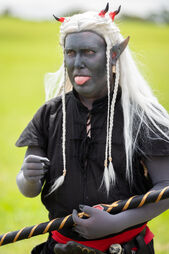 Character: Kor'ran'oyss - The Voice of Ruin

I run the much misunderstood Shadow Camp. If you feel like joining the best cult and worshiping some demons, you have come to the right place. Outside of LARP I enjoy; video games, TTRPGs, and I am trying to learn the dark art of sewing. 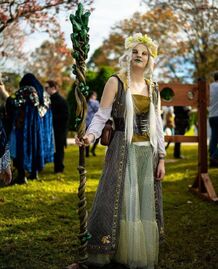 Hiya, I’m your local certified Good GuyTM, found herding the lovely people of Light Camp! Feel free to come on by for naps, snacks, and good vibes!! In real life, I’m an artist and archaeology student who makes a lot of horns and flower crowns. 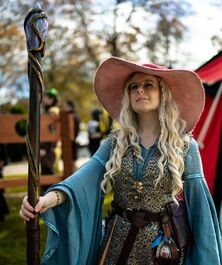 Resident sewing goblin and wizard, you can spot me from a distance with my big hat and bad Irish accent. If you're interested in magic, knowledge, or just experimenting on stuff for the fun of it, come visit The Circle! In real life, I'm a trained costume maker and designer so if you have any questions feel free to ask.

Community content is available under CC-BY-SA unless otherwise noted.
Advertisement